In Bonassola, a farm that has its key strength in the recovery of uncultivated lands 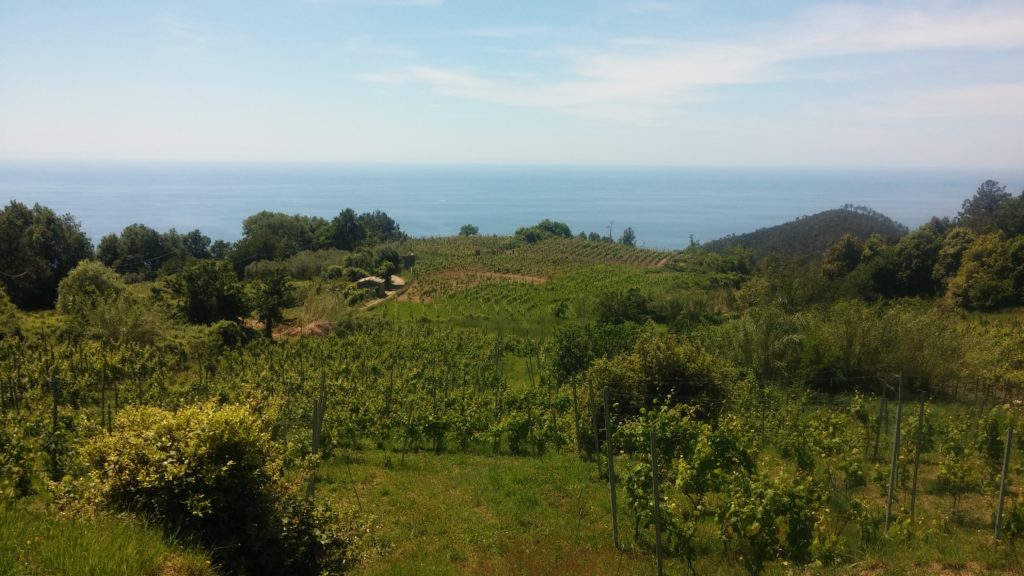 Respect for people, animals and environment, these are the three cornerstones of the philosophy of Cà du Ferrà Farm & Relax, in Bonassola (SP), let’s discover them with Davide Zoppi, a young man from Bonassola, who runs the family business, he takes us straight to the farm known as the closest agritourism by the sea in the whole Liguria. A trip in the Cinque Terre and the eastern bays talking about old vines, the recovery of uncultivated lands, organic farming, and also prestigious awards.

Do you want to tell us something about Oscar Green?
Oscar Green is a National competition promoted by “Coldiretti Giovani Impresa”, to enhance the excellence and the projects that can match tradition and innovation in agriculture.
This year our farm was running in the category “Fare Rete”, with a biodiversity recovery project for replanting Ruzzese vine, and won this sought after acknowledgment. Ruzzese is a very rare, local, historic vine, cultivated in the area of Cinque Terre and the Eastern Bays since sixteenth century, it almost dissapeared a hundred years ago. Pope Paolo III Farnese would send the wine to Rome by sea, paying very high prices. Sante Lancerio, the Pope’s wine butler, wrote that the Pope “used to dip dry figs in the sweet Ruzzese wine”.
A precursor of Sciacchetrà, the famous passito wine of the Cinque Terre, the vine was gradually disapperaring due to its low productivity and then a terrible insect, the Phyllosera destroyed the remaining hectares between the end of the nineteenth century and the beginning of the twentieth century
Cà du Ferrà is trying to recover this very rare vine, thanks to a project carried out with the help of CNR Turin, in charge of the technical and scientific part. The aim of the project is to save this rare vine and start the production of what was the Pope’s ancient wine, a white wine and a passito wine.
The activity has been included by the Region Liguria, as a demonstrative project for the safeguard of biodiversity.

The recovery of uncultivated lands and ancient varieties is one of your distinctive features.
Apart from Ruzzese, have you already identified other vines to bring back?
One of the cornerstones of our farm, is in fact the recovery of uncultivated lands, we have done our best to clean the various plots in Bonassola, Levanto, Vernazza and Riomaggiore that have been abandoned for over 50 years. Our work surely helps the maintenance of the territory and diminishes the hydrogeological instability.
Farmers are a sort of guardians of the territory and keepers of beauty
I like to think that giving birth to a new plot, does not only mean planting new cuttings, we have planted more than 10 thousand this year, but it is also giving birth to a territory that was once left behind. Besides Ruzzese, we have a real passion for local and less important vines, we have been replanting for two years White Rossese, Picabon, Albarola Kihlgren as regards white wines and Granaccia and Black Vermentino as regards red wines.

Stefano Mai: “The passion and the courage of Liguria wine producers”