Drinking Ligurian wines in Genoa, wandering through the “caruggi”

Tasting old recipes of Ligurian cuisine in a wine bar of the historical centre of Genoa, whilst sipping wine which was produced not far away, can give to the delicious flavours, which from the west to the east enhance the coasts of Liguria, an added value, provided by the history of those places. However, there is more than one way to fully live this experience. The context changes and so do the flavours. Therefore, we suggest five wine and food destinations, each with a different style, where to taste different specialities of Ligurian cuisine, with matching regional wines (and not just wines). 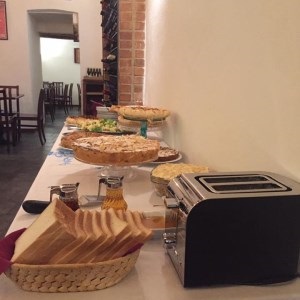 UVA Urban Vineyard Area,  located in Salita Pollaiuoli, 17, was opened in March 2017 by four young men, who had the idea to set up a house for those who love wines and traditional, but also innovative, cuisine. The cellar of UVA, according to sommelier Federico Currò, features 350 labels from all over the world, including a vast selection of Ligurian wines. Apart from the offer of well-known producers such as Bruzzone (Genoa), Calvini (Imperia), Federici (La Spezia) and Praiè (Savona), UVA relies on two small high-quality producers : La Casetta di Ranzo (Imperia), which produces the grapes Pigato, Rossese and Ormeasco with biodynamic methods, and Ruffini di Bolano (La Spezia), with Rosso Liguria di Levante and Vermentino Colli di Luni. Moreover, UVA offers Sciacchetrà by Cantina Cinque Terre and liqueurs made by Bruzzone. As far as food is concerned, UVA’s cuisine takes inspiration from regional tradition:  trofie with pesto sauce, focaccia, S. Olcese salami and fried panissa. 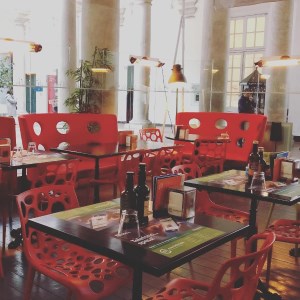 The characteristic feature of Mentelocale Bar Bistrot, set up by three young entrepreneurs from Genoa, relies on its being located among museums and historical buildings, where the modern architectural project interacts with the history of the hosting buildings, creating an informal, cultural and creative environment.  The wine bar of Palazzo Ducale, the first of eight eating houses spread out throughout the city, is included in the Gambero Rosso guide and offers a multiethnical cuisine, which can satisfy a diverse clientele and includes also typical Ligurian wines and foods. From the east, there is Vermentino Colli di Luni produced by Il Monticello (La Spezia); from the west, there are Pigato and Rossese DOC Riviera Ligure di Ponente by Fontanacota (Imperia). The menu features trofie with pesto sauce and basil from Prà, “accomodato” stockfish, focaccia with cheese, vegetable quiche with typical cheese prescinseua, filled with vegetables. 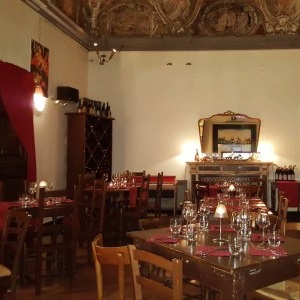 Anyone who loves elegant and exclusive atmospheres, where to sip quality drinks and taste excellent food in a relaxed but not stiff environment, will appreciate the style of  Les Rouges Cucina & Cocktails, located in Piazza Campetto, 8. Les Rouges does not specialise in Ligurian wines, but the wine chart is very rich and includes regional products. From the west, it features Rossese di Dolceacqua, Ormeasco di Pornassio, Pigato di Albenga, while from the east there are Rosso by La Felce di Luni and Bianco by Cantina Cinque Terre. The cuisine is not linked only to regional roots, but traditional dishes stand out among others. Among these, we recommend marinated anchovies, Mediterranean-style octopus with con cailletier olives and rabbit and chicken terrine with Ligurian flavour. 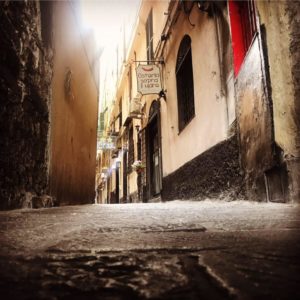 Near the ancient port, among the most picturesque caruggi of that part of Genoa, full of humanity, which was so dear to well-known Italian singer Fabrizio de André (Faber), there is a small but welcoming wine bar, where one can taste excellent fish dishes, exclusively with matching Ligurian wines. Aptly managed by the Leone family, Osteria Sopra il Mare, in Vico Cicala, 5, features a menu which ranges from northern to southern Italian cuisine, particularly as regards fish dishes, from dormouse fish with pesto sauce to mixed fried fish, and offers only Ligurian wines, enhancing a production based more on quality than quantity. Among the red wines, we recommend Savona’s Granaccia (which is suited for strong flavours), Novello dei Colli di Luni and Genoa’s Pellandrun. White wines include the delicate Bianchetta from Genoa, Savona’s Lumassina (perfect with fish),  Nostralino from Portofino and, above all, Creuza de Ma, in honour of the maritime atmospheres of the 1984 masterpiece album by Fabrizio de André, entirely sung in Genoa’s dialect. 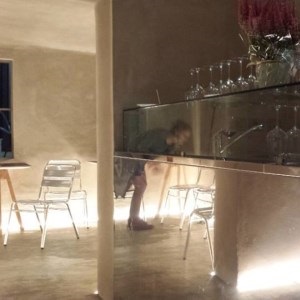 Calice: when not only the wine is from Liguria

The wine cellar Calice, located in Spianata Castelletto, 9, is a small underground place, perfect for tasting beer and wine, with salami and cheeses, following the recommendations of sommelier Andrea Mescoli. The peculiarity of this cellar, with soft lights and mud-coloured walls, is that the wine is not native, as it comes from Piedmont and Tuscany, but beer is locally-produced in Genoa by the brewery Maltus Faber, in Via Fegino, 3. This beer, which recalls the Medieval idea of the drink, evokes in the name the most famous Faber of Genoa’s history, Fabrizio de André. We recommend to sip it with cheese or filled vegetable focaccia.

“Green is the new black”, according to the Giannarelli brothers