Filippo Rondelli and the excellence of wine, passed on in the family 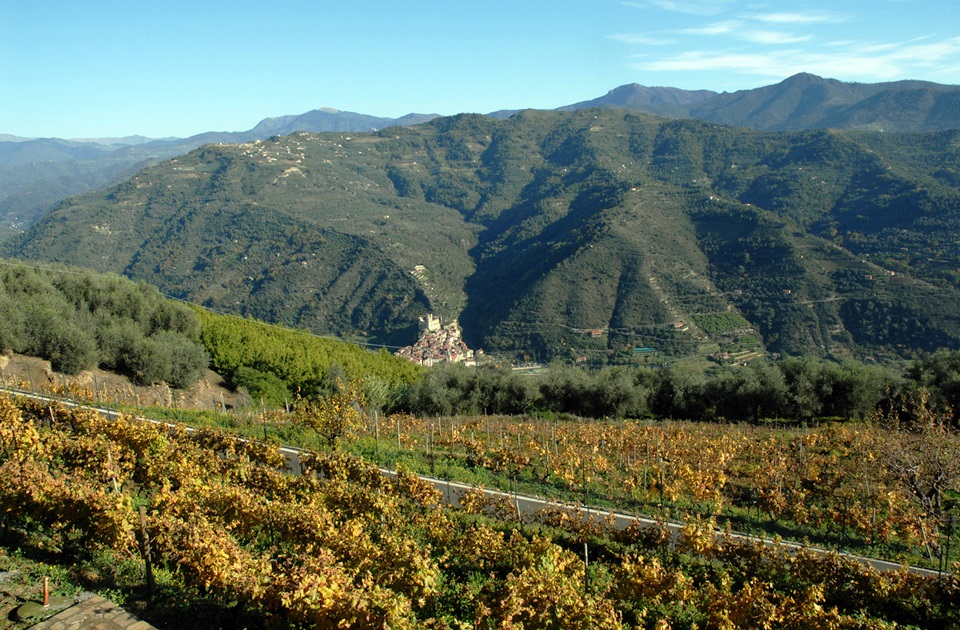 Terre Bianche, a firm from Dolceacqua, near Imperia, is one of these companies. Established in 1870 by Tommaso Rondelli, on the hills of Val Nervia, in the Far West of Liguria, an area featuring a white, clay soil, the company has been passed on from generation to generation within the same family, producing since then excellent wines, including three types of Rossese di Dolceacqua. This wine is created from a red grape variety  which is typical of the area and  has won several prizes for the company.

Filippo Rondelli, who took over from his father Claudio and who is currently head of the company with his uncle Paolo and  Franco Laconi, carries on the traditions of his ancestors, with the goal to produce quality wines, which express the unique flavours of the territory, but also the specific features of their time. The wine producing activity goes side by side with that of farm holiday resort, in the  attractive 19th century building which has become one of the preferred destinations of wine and food tourism.

Terre Bianche is one of the oldest wine producing companies in Liguria and a witness of the history of Ligurian wine. How has the perception of wine changed in time among your customers and among people in general and how did you face the changes as a company?
We have been lucky. Our area, that of Dolceacqua, is rich in vineyard and wine growing tradition. This heritage has been created with the passing of centuries, starting from the Ligurian populations, who learned wine growing from the Greeks, and moving on to the Romans and the Benedictine monks of the religious reform, until the present days. It seems like a flash, but we are talking about over two thousand years of history. This has allowed vineyards and wine to become part and parcel of the territory and of the culture of Val Nervia and beyond.

Each family has here a parcel of vineyard somewhere and a bottle of Rossese in the cellar or on the table, ready to be opened, or purposefully left aside for the celebration of  the 18th birthday of a son or a grandson. The history of men has tied up with the geography of the places, of the landscape, and shaped it, merging with it in a unique way: the vertical vineyards and the dry walls, the vineyards of Rossese di Dolceacqua: it is a natural process, I would say, because man is part of the terroir and at the same time he is its witness and guardian.

Terre Bianche, my family’s company, can rely on a collective experience which spans across several generations, on a real tradition, that is the passing on of a positive knowledge, which, however, is always questioned by the next generation with a very secular approach, devoid of orthodoxy and dogma. Thus, yes, we have been able to see great changes in the world of wine in Italy and abroad. The path of any wine lover, Italian or Japanese, is always the same: we start with the most popular and easily available wines, with the “fashionable” wines, and then we move on to less popular and more particular wines, as the taste evolves and the taster’s experience deepens.

There are evolutions in the taste which concern masses of end-users and these movements are connected to different historical periods, according to the area to which one belongs.
Therefore, not necessarily the trendy taste in Italy is the same in Canada, for example, and not necessarily the current taste in Italy is the same as 20 years ago in the same place.
In a world which is apparently still, but is actually very mobile and quick to change idea, for small companies like ours there is only one solution: to remain coherent as much as possible with our own philosophy and to reflect as much as possible the uniqueness of the territory of origin, striving for absolute quality. Not to give in to fashions.
For this, the global market helps out a lot, because there will always be somewhere an evolved taste in search for unique, peculiar and charming wines, rich in history, such as Rossese di Dolceacqua. In my opinion, knowing what we are and knowing the world with which we interact is the first step to building a stable future. I will add that the cooperation among different companies and producers and the awareness about the existence of a heritage tightly linked to the collectivity and not to the exclusive interest of the single person are necessary conditions for the rise of the entire territory and I believe that here in Dolceacqua we have given a small example of that, with the association of producers Vigne Storiche, which has allowed, among other things, the mapping of Crus (Nomeranze) of Rossese di Dolceacqua, third controlled denomination of origin (DOC) in Italy to be able to boast this result. It is not enough, we have still a long way to go. 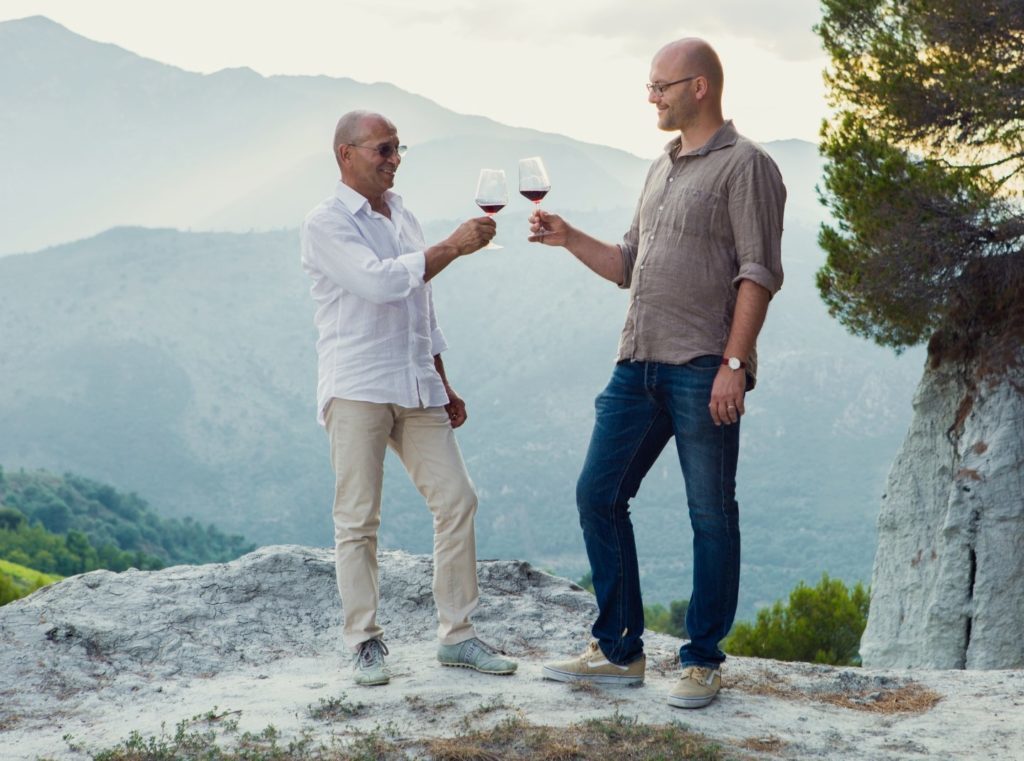 Rossese di Dolceacqua has been the first Ligurian DOC and you are one of its most renowned producers, considering also the many acknowledgements you have received. How did you approach this wine and in which variations you have interpreted it?
Rossese di Dolceacqua is one the great Italian red wines. We are firmly convinced about it now and we were convinced even 40 years ago. Now it is easier, many expert palates say so, the prizes and acknowledgements to the wines, not only ours but of the entire denomination, are numerous (and well deserved). It was tougher then, when we had to fight to assert our ideas in an environment which appeared not to accept a unique, strange and unusual wine such as Rossese di Dolceacqua.
As I said, our approach has always been secular and free, we tend to avoid fashions, orthodoxies and homologations, and we aims for a result in the long term.
We have simply tried to offer our interpretation, relying on the extraordinary vineyards which we have inherited and we measured ourselves with the best wine tasters in the world, always ready to question ourselves. The quest for improvement never ends.

According to you, a wine must be as much as possible the expression of the year of production. In what sense? How was the latest year and which results do you foresee?
The year of production is very important, because wine is a product linked to nature and not an industrial product: not only that, in order to understand the territory, wine must mirror the year.
Paradoxically, a very rainy or dry year, which puts the vineyard to the test, shows its real value in the wine. A worthy vineyard, for its position, for the qualities of the soil and the age, will tend to reduce the effects of a terrible year, proving itself in the glass, but always keeping the subtle idea – the breath, as we, wine lovers, call it – of the year. To wrap it up, the vintage is a virtue of wine, it is not a limitation. Opening an old bottle and recapturing the perceptions of that specific year is a bit like having a sophisticated time machine, I like to think so.
The year 2017 has been hot and not very productive. Grapes, on the other hand, were good and healthy. Therefore, I expect very pure wines, detailed to the nose, of good structure but with less acidity compared to some of  the previous years. I wish to point out, it is difficult to establish beforehand whether a vintage will be great or simply good. We would like them all to be great, but it is not so and this is a fact.

Your accommodation structure is a great resource for wine and food tourism, which has grown a lot over the past years. How and when did you decide to add this tourist activity to wine growing and what have been the results?
Wine and food tourism can be a great resource for Liguria. We got our permit for farm holiday resort 30 years ago, I believe it was the first or second in the region. When we opened, on top of a hill of Dolceacqua, the area did not have gas, electricity, water or telephone. My family (my father, my uncle and his brother-in-law) worked for years in a kind of borderland, it has not been easy.
Nowadays, Italians and foreigners compete over this area, which is crowded with small and big companies which produce wine, it is wonderful. I believe that quality wine production, combined with accommodation, are at the basis of an appropriate territorial policy, not only an important economic resource for companies. The tasting experience, made locally, seeing the hills and the places from where the wines come from, appreciating their beauty and the difficulty of farming, allows to explain to end-users one’s hard work and passion, more than a thousand words or slogans.
That’s why we regularly welcome guests from all over the world, from the simple tourist to the prominent sector journalist, and we always try to give it our’s all. Moreover, each new point of view enriches and deepens our experience.

Liguria gets ready for Vinitaly. Interview with the president of Enoteca