Liguria gets ready for Vinitaly. Interview with the president of Enoteca

Daniele Montebello and the new regional products for the most important wine show. From April 15 to18 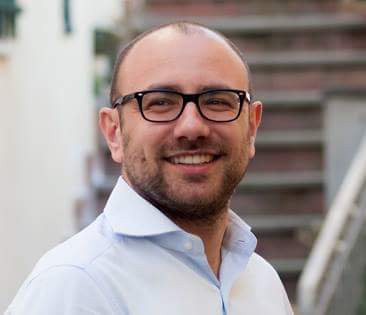 The most important event dedicated to wine business is approaching. Expectations are increasing, and so are the commitments of the involved players, because with each passing year wine companies are raising the bar and riding the wave of a growing market, which recruits more and more followers.

This is the case of Enoteca Regionale della Liguria, which this year more than ever is not satisfied just with playing its institutional role. We have asked Daniele Montebello to tell us about the new products which Enoteca prepared for the 52nd edition of Vinitaly, which will take place from April 15 to 18, 2018.

Liguria will also take part in Vinitaly. Last year, there were 141 labels, what about this year?
The figures are more or less the same, some companies have not yet confirmed, but this edition will focus mostly on  other things. Compared to 2017, there at least two important news about the presence of Liguria at Vinitaly. The first concerns 8 protected designation of origin (PDO) labels, which will be represented “physically” at the show for the first time, that is to say that at least one company, one producer for each PDO will be present.  This element represents an absolute novelty and has never happened before. The second is that we have renovated the regional stand, reversed compared to the previous version, in a bid to give better visibility to the territory and to PDOs.

In agreement with Liguria region, we aim to propose a global image, rather than single companies, in order to present Liguria as a whole. Even the choice of images followed this idea, no more photos of single producers, but photos of Piana di Albenga, Dolceacqua, Cinque Terre…

How important is it for Ligurian companies to attend such a major event?
Vinitaly is a must, it is the most important exhibition at national level and even internationally. We have realised that it is necessary to attend collectively, because most of our companies are small or medium-sized and some of them would not be strong enough to participate by themselves. Unlike last year, this time Cooperativa delle Cinque Terre will be present: a very attractive brand for the stand of Liguria region.

Which wines will be available for tasting?
Vermentino, Pigato, our strong points, but also Moscatello di Taggia and Valpolcevera. And all the classical, both white and red labels.

What have been the results for Ligurian companies which attended the event over the past few years, in terms of popularity and visibility?
Vinitaly is an opportunity to meet importers, caterers. Vinitaly produces results mostly in two ways, as it is both a chance to meet existing customers, who can taste new vintages and with whom we can strengthen existing relations, as well as a chance to create new business relationships. Everybody passes through Vinitaly and every year- (editor’s note). Enoteca has been participating at Vinitaly since 2012 – feedbacks of orders signed at the show are increasing.

Before the press review of the presence of Enoteca at Vinitaly, which will be held on April 4 in Genoa, in the hall Sala della Trasparenza, can you unveil a few more details?
Actually, the great novelty of this year will be announced at the public meeting with the press. In the meantime, I can say that it will be a start-up which will completely change the tasting approach, thanks to a card and a reader on the bottles. It will be a way to establish a contact between consumers, seen also as potential buyers, and companies, a system which will benefit both parties and a real promotional service  for Ligurian wine

Filippo Rondelli and the excellence of wine, passed on in the family

Cinque Terre and its wine, in words and images

Liguria at Vinitaly… told in pictures

Aimone Vio and his history of excellence in...

Paolo Deperi: “A sparkling wine aged in the...