Liguria wins “Tre bicchieri” and shines with its typical wines

Gambero Rosso has awarded 7 Ligurian companies. This year, the coveted prize was assigned to white wines and to one red rossese wine 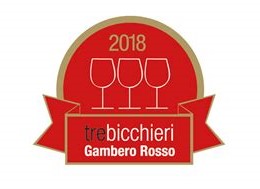 “Ligurian wines are getting renowned for their quality at national and international level”, Onav stated on its website, on the occasion of the evening which celebrated in Genoa on January 16 the Ligurian wines awarded by Gambero Rosso’s guide “Vini d’Italia” (Wines from Italy).
The prestigious Three Glasses award, the top acknowledgement assigned by the historical guide – which was established in 1988 from a branch of Slowfood-Arcigola and confirmed, after 30 years, its ranking as the best-selling guide in Italy and abroad – was won by seven Ligurian companies.
The credit for this success goes to the grape harvests of 2016 and 2015, which gave Ligurian wines the celebrity they deserve. This brilliant result becomes even more important when one considers that the region has only 1,500 ha under vineyards.
The prizes were equally distributed between Eastern and Western Liguria, between Vermentino and Pigato wines, with the only addition of red wine Dolceacqua di Ka’ Manciné.
The situation accurately reflects Ligurian wine growing: regional whites – Vermentino shines in the east, while Pigato has no rivals in the west – represent nearly 70% of the entire regional production.

The Cinque Terre of wine: the territorial training Master programme kicks off

Cooperativa 5 Terre: Celebrations on 23 December at...

The Cinque Terre of wine: the territorial training...

Ortovero celebrates the end of the grape harvest

Liguria at Vinitaly: a change of look and...