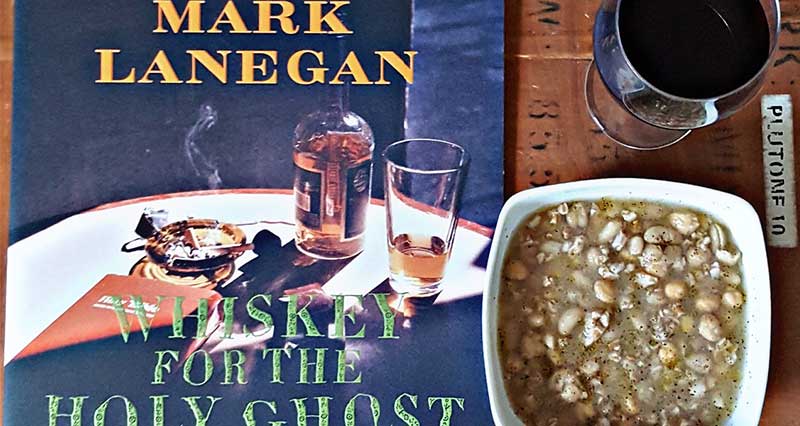 Mesciüa is considered as a poor dish, or to be more precise, a “put together” dish, in the real sense of the word. Actually, it is believed that the recipe was invented by the wives of the workers of La Spezia port, who often went to the piers to pick up all the grains fallen through the sacks’ holes.

In La Spezia’s dialect, “mesciüa “ means “mixed” and comes from the fact that this soup was prepared with the ingredients which people were able to collect during the loading and unloading of ships and which were later on mixed and cooked. Some people say that this dish was invented in a day of scarcity,  when beans were not enough to make a bean dish, nor wheat was enough to make bread. Therefore, the leftovers of both these ingredients were mixed, with the addition of chickpeas. Each pulse is cooked separately, according to the respective cooking times and at the end, they are mixed together in the serving dish and seasoned with Ligurian oil and a sprinkle of pepper.

Put the chickpeas and beans separately in cold water with a pick of soda bicarbonate (for spelt wheat this is not necessary). The chickpeas should stay in the water for 18-20 hours, while the beans for 12 hours. Rinse well to eliminate any soda bicarbonate residue and drain.

Cook the pulses in separate pots: the chickpeas for 3 hours and the beans for one hour (taste them, because the softness depends on the quality of the pulses). If needed, remove the froth which rises to the top during cooking and add salt towards the end. When the chickpeas are almost ready, add the beans and spelt, adding, if necessary, cold water to cover them. Add the garlic clove and sage leaves, bring to the boil and cook for 15-20 more minutes. When the soup is ready, check for salt and serve the Mesciüa in the dishes, with olive oil and a sprinkle of black pepper.

While I am cooking, this is playing:

On the cover, a smoking cigarette lays on a full ashtray, next to a closed copy of the Bible, behind there is a bottle of whiskey and a glass, which somebody has left half full. This is the image which appears on “Whiskey For The Holy Ghost”, second solo album by Mark Lanegan, singer of the Screaming Trees ( a rock band from Seattle) and minstrel of the dark corners of the soul. In his second solo album, “Whiskey For The Holy Ghost”, Mark Lanegan has used the sound and the style of “The Winding Sheet” as a starting point. Lanegan has again chosen Johnson as his major partner and has added several other musicians (Tad Doyle, J. Mascis, Dan Peters), who contributed to the work.

This collection offers more variety, subtler arrangements and ideas and a much better sound compared to the previous album.  Without interrupting the flow of songs, touches of violin, pipe organ and even saxophone are added to the generally black mix of Folk and Blues. But it is Lanegan’s voice which is the real main character of the album,  the strength of his vocals which appear to be the result of live improvisation rather than of a studio session. The poetical universe of Lanegan is full of anxiety and pain, but it is not hard to see pure, absolute fascination in it, right from the first listening: the sweet and bright weft of the guitars, the lyrics, full of strong and recognizable images and situations, the discreet but creative arrangements have created a product which can be included in the great tradition of musical poets such as Nick Cave and Leonard Cohen. Mark sings  the old America of films and saloons and the songs are more literate and better produced compared to the debut album, the arrangements are subtle and well-supported (often they originate from electric guitars for keyboards and acoustic instruments) and Lanegan’s voice, drenched in bourbon and nicotine, transforms the deep pain of blues (a clear inspiration for this music) into something new, convincing and entirely his own.

Paolo Deperi: “A sparkling wine aged in the dungeons of the castle”

La Spezia: a walk among its wine shops and wineries