Stefano Mai: “The passion and the courage of Liguria wine producers”

Our interview to the agricultural policies assessor of Liguria. An the role of Enoteca Regionale of Liguria. 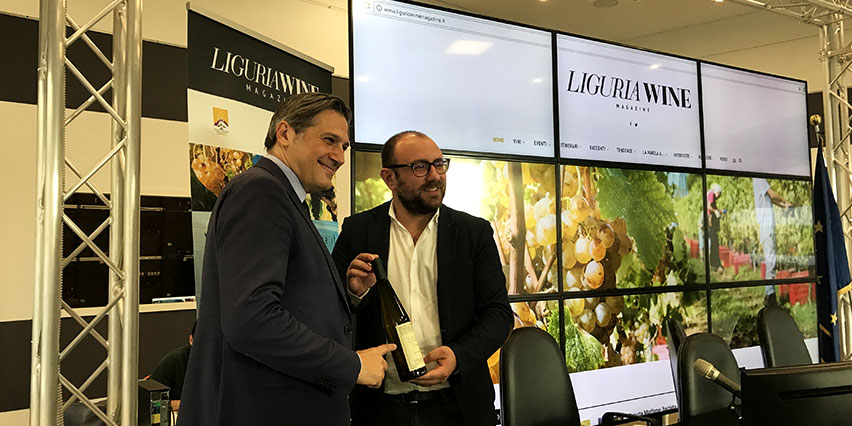 in pic Stefano Mai and Daniele Montebello, president of Enoteca

Following the Liguria Wine Magazine press conference presentation, which took place yesterday morning, the 23rd of November at the Sala della Trasparenza in Genoa (in the above photo), the commissioner of Agriculture of the Liguria region Stefano Mai speaks to us about the present and the future of winegrowing in Liguria and also shares with us his forthcoming objective: Tomorrow – today for those of you who are reading – in the committee of agriculture policies in Aosta – ed. Vins Extrèmes 2017 – I shall request an increase of the annual percentage share for the replanting rights of the vine area assigned to Liguria, which is established by a recent regulation at a national level. The Ligurian wine growing market presents a strong dynamism: against the 16 annual acres area assigned, actually, we have requests for over 100 acres.

Two years have passed since you became regional agricultural commissioner. What is the state of health of winegrowing in Liguria ?
The Ligurian wine growing field is becoming more distinguished by a particular dynamism that is  also found in the large request obtained regarding the assignment of the vine area, which today amounts to 1600 acres. Liguria is characterized by a type of winegrowing that many define heroic, being that a great amount of courage is required by those who want to be winegrowers in the Ligurian territory, so rough and difficult with its hills that look to the sea. Nevertheless, thanks to the passion devoted by our winegrowers, our producers have learned how to diversify their production, improving it over the years, that today we are able to confront ourselves with the best Italian wines, confirmed by the more and more numerous  presences at the Ligurian stands of Vinitaly, by the acknowlegements gained in the showcases of international appeal, and by the increase of exportations all around the world. Winegrowing in Liguria does not only represents economic relevance, tradition and culture, but also a valuable means of contrasting hydrogeological instability, by the recovery of those beautiful terraced landstrips with typical dry walls.

What actions have been taken by the Region to protect and promote Ligurian wines ?
Between 2015 and 2016 we have proceeded to assign all the replanting rights available, based on the new regulations which indicate, at a national level, the percentage, meaning the share of area to be planted. There has been an enormous success in the requests being that all the acres available have been assigned. Furthermore, we have been and will continue to be promoters of initiatives of enhancement and development of our wines in national and international events: for example in “Liguria da bere” in collaboration with the Chamber of Commerce, Vinitaly, “Festival Collisioni di Barolo”, in Lugano for the “Wine Champion”. Considering the dynamism of our companies I hope that at a national level, the regulations will change for the assigning of the replanting rights, making it possible for Liguria, as well as other small regions, the possibility of further growth.

Winegrowing and tourism seem to be a new frontier of exploration, what are your thoughts please ?
We highly believe in the potential of our wines as an asset to promote tourism, hence, the wine paths are an integral part of our Ligurian food and wine itinerary. In The “Milano Sanremo del gusto”, a project financed by Mibact (The Ministry of Cultural Heritage and Activities and Tourism), that sees Liguria leader with Piedmont and Lombardy, our wines, as well as other specialties of or culinary tradition, will be developed and promoted in an experience based itinerary, which focuses directly on the discovery of the food and wine heritage.

The role of the Enoteca Regionale della Liguria.
The Enoteca regionale (Regional Winery) with roughly 120 companies associated, plays a key role as director in the promotion of our producers. Ligurian wine is still not well known, but by creating a system, we are certain that we will make it become more widespread with local and non-local restaurant businesses, while preserving a value niche market, through the knowledge that the numbers of our production cannot be compared to those of other Italian regions.

Drinking Ligurian wines in Genoa, wandering through the...